DSI accepted a case of the private company swindling foreigners to invest in the Phetchaburi Park Project out of 3,400 million baht as its special case

DSI accepted a case of the private company swindling foreigners to invest in the Phetchaburi Park Project out of 3,400 million baht as its special case 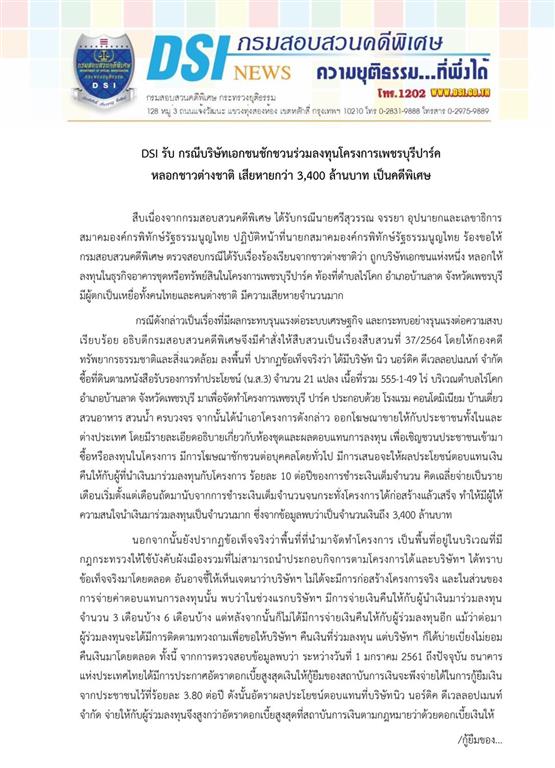 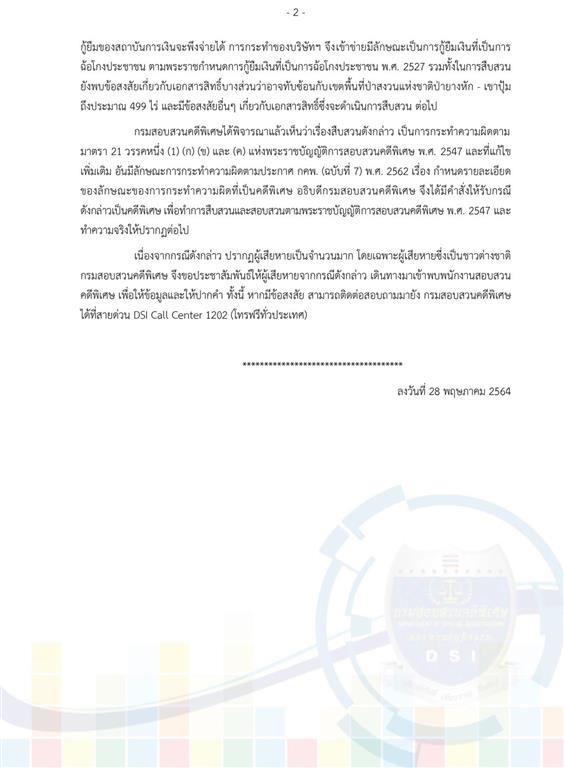 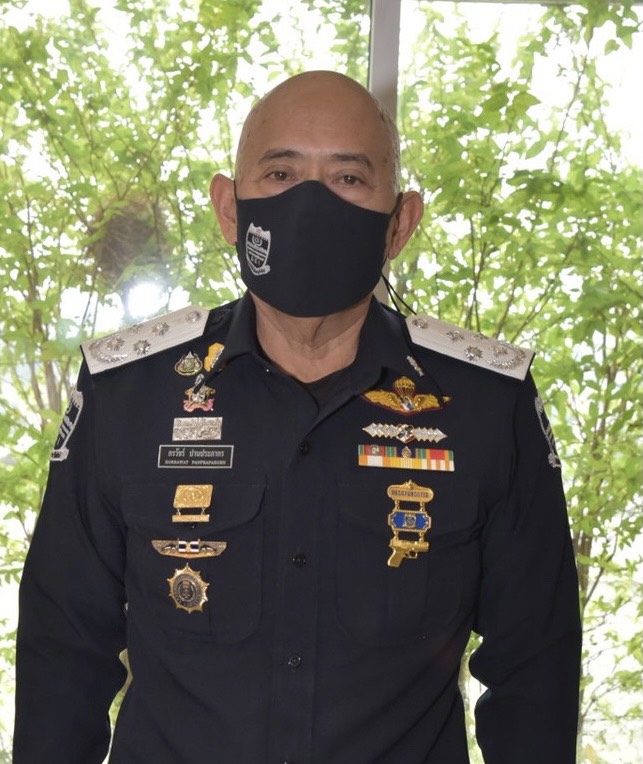 The DSI received a complaint from Mr. Srisuwan Janya, the Vice-President and the Secretary-General of the Association for the Protection of the Thai Constitution (acting the President of the Association) requesting the DSI to inspect the complaints of foreigners lured by a private company to invest in condominium business or other property in the “Phetchaburi Park Project” in Rai Khok Subdistrict, Ban Lat District, Phetchaburi Province, due to many victims, both Thais and foreigners victims, and huge damage.

The said case caused a serious effects on the economic system and public order. The Director-General of the DSI therefore ordered to investigate this case, as the investigation case no.37/2564, by the Bureau of Natural Resources and Environment Crime. From field visits to the said area, the facts revealed that the New Nordic Development Company Limited purchased 21 plots of land according to the certificates of utilization (N.S.3) covering a total area of 555 rai 1 ngan and 49 square wah in Rai Khok Subdistrict, Ban Lat District, Phetchaburi Province for making the “Phetchaburi Park Project” which comprised of the hotel, condominium, detached house, garden-style restaurant, and water park as the one-stop project. After that, the New Nordic Development Company Limited advertised to sell the project to people both in the country and abroad with details about the condominium and the return on investment for persuading people to purchase or invest in the project. In its persuasive advertisement, the company offered to pay the investors with the return of 10 percent per year of the full payment by monthly payment of the return starting from the following month of the full payment until the project is completed. This advertisement caused huge investment of 3,400 million baht by many people interested.

Moreover, there are the facts that the area of the said project is the area under the enforced Ministerial Regulation on Urban Comprehensive Planning, meaning that no business can be operated contradicting the said advertisement and the company has known about this facts. This reflects the intent of the company to not actually build the project. For the return on Investment, it was found that at first the company repaid money to the investors for 3 months or 6 months but after that the company did not repay the return on investment to the investors. Despite unbroken asking for the returns by the investors, the company always dodged the investors. Furthermore, the data inspection revealed that the Bank of Thailand announced the highest rate of interest at 3.80 % per year for loan of the financial institutions since January 1, 2018. Consequently, the return rate paid to investor by the New Nordic Development Company Limited was higher than the highest interest rate for loan of the financial institutions specified by the Bank of Thailand/law. The said act of the company is regarded as the offence on loans of money amounting to public cheating and fraud under the Emergency Decree on Loans of Money Amounting to Public Cheating and Fraud, B.E. 2527 (1984). The investigation found doubts about some title documents which may overlap the Yanghak-Khaopum National Forest Reserved approximately 499 rai, and other title documents. The DSI considered and was of the opinion that it is an offence under Section 21, paragraph one (a) (b) and (c) of the Special Case Investigation Act, B.E.2547 (2004), and its amendment with the nature of the offence prescribed in the Notification of the Board of Special Case (No.7) B.E.2562 (2019) on Determination of the Nature of Crime Regarded as the Special Case. Accordingly, the Director-General of the DSI issued the order to accept the said case as its special case for further investigation and inquire under the Special Case Investigation Act and revealing the fact of this case.

Due to many injured persons, especially foreigner in this case, the DSI invites the injured person of this case to meet the special case inquiry officials for giving information and statements. If the public has any questions, please contact the DSI at the DSI hotline call 1202 (free call nationwide). 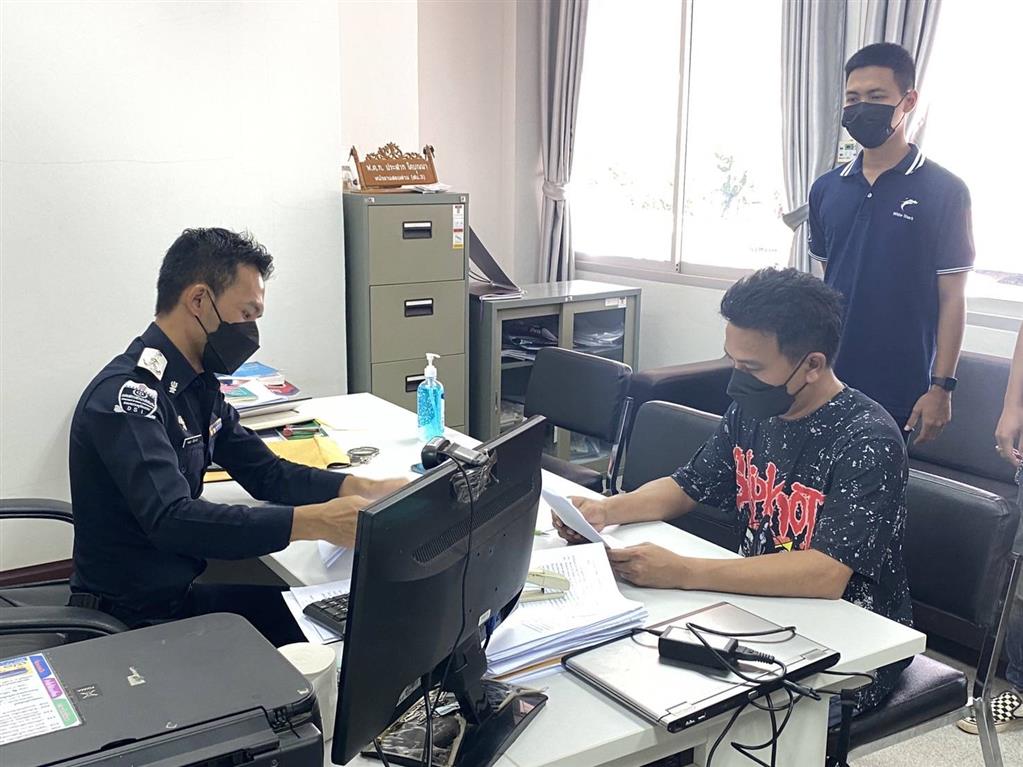 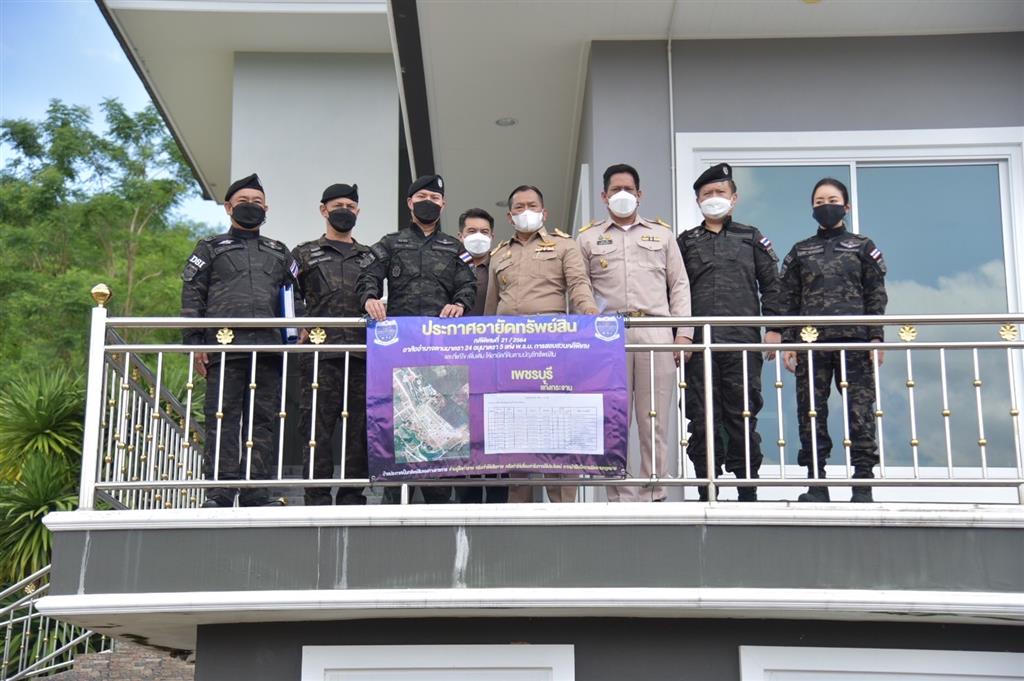 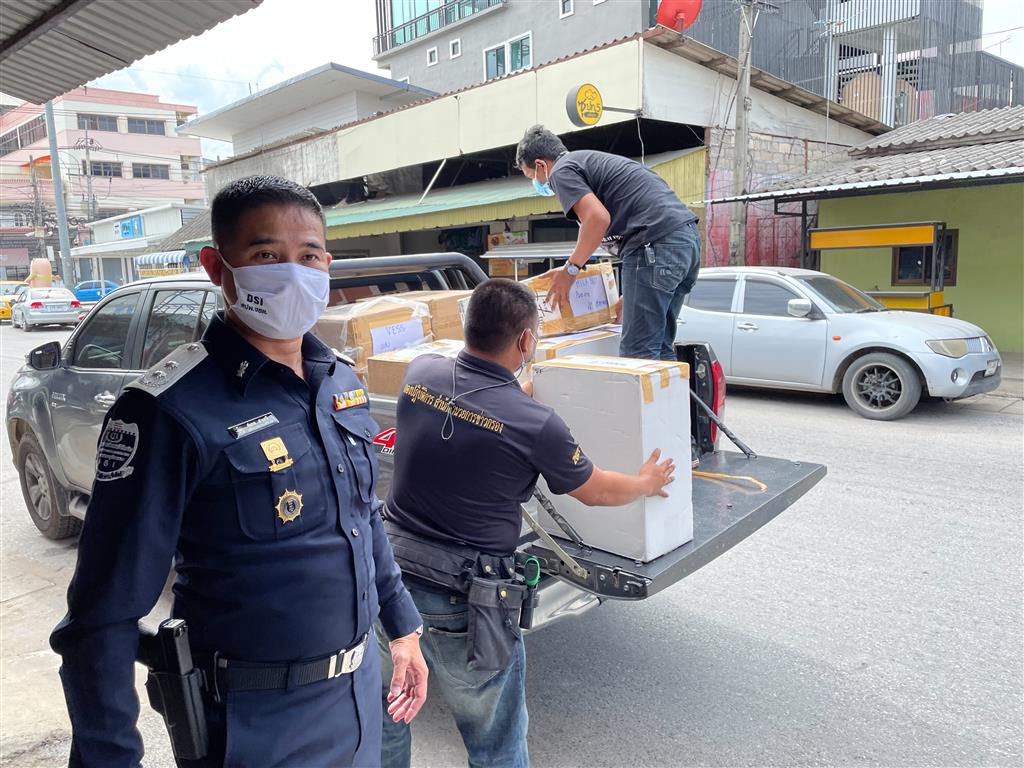