Director-General of DSI attended a meeting of the Subcommittee to Monitor and Inspect of Torture and Enforced Disappearance no.1/2021 via Cisco Webex application

Director-General of DSI attended a meeting of the Subcommittee to Monitor and Inspect of Torture and Enforced Disappearance no.1/2021 via Cisco Webex application 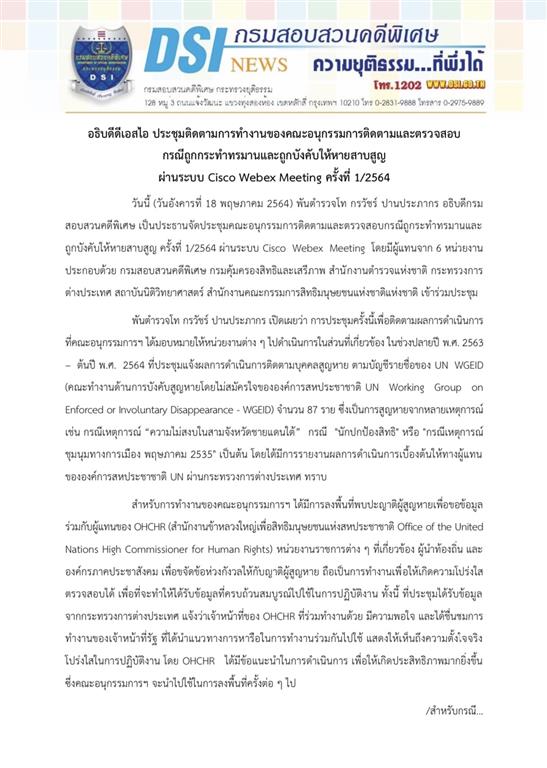 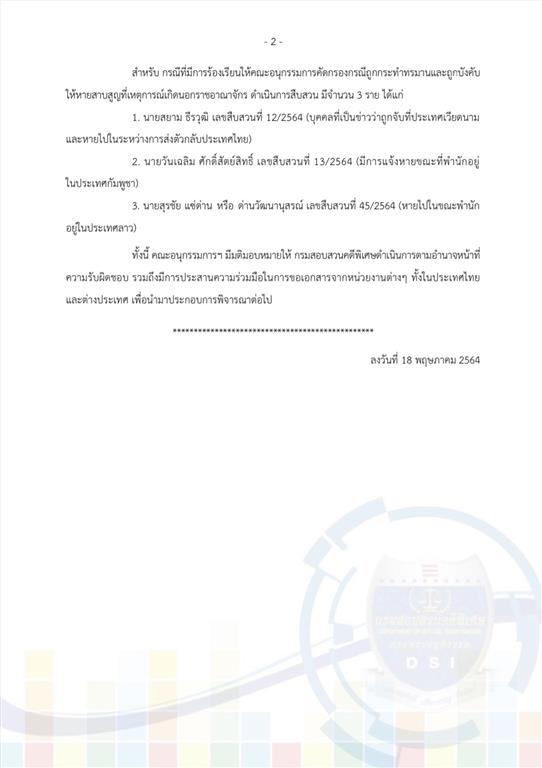 Today (May 18, 2021), the Director-General Pol.Lt.Col. Korrawat Panprapakorn presided over the meeting of the Subcommittee to Monitor and Inspect Torture and Enforced Disappearance no.1/2021, via the Cisco Webex application, attended by representatives of 6 government agencies, namely the DSI, the Rights and Liberties Protection Department, the Royal Thai Police, the Ministry of Foreign Affairs, the Central Institute of Forensic Science and the Office of the National Human Rights Commission of Thailand. 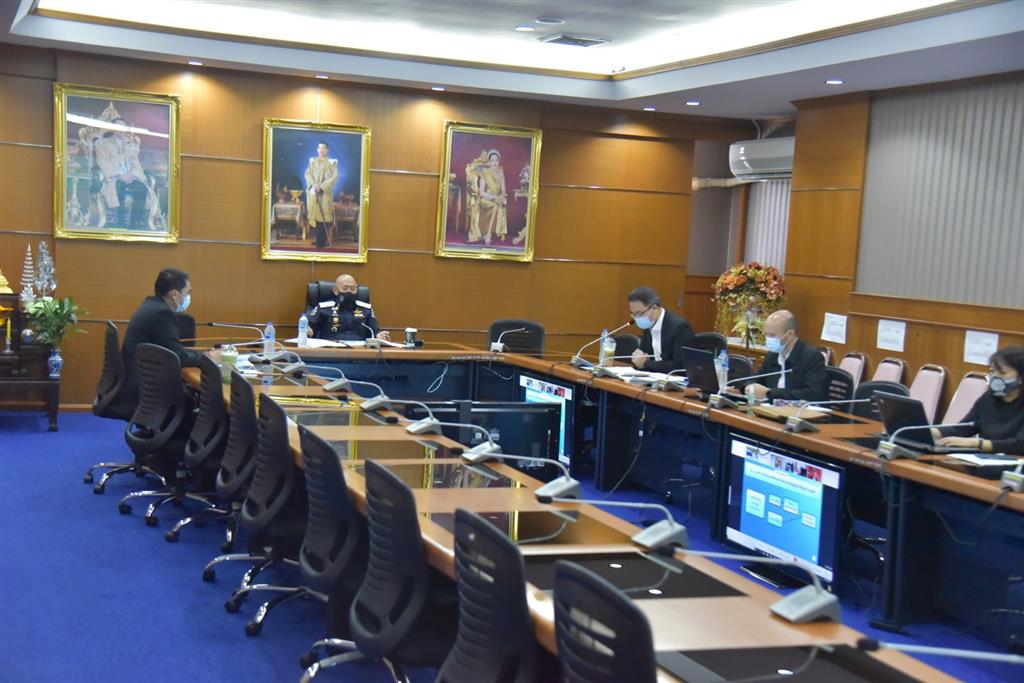 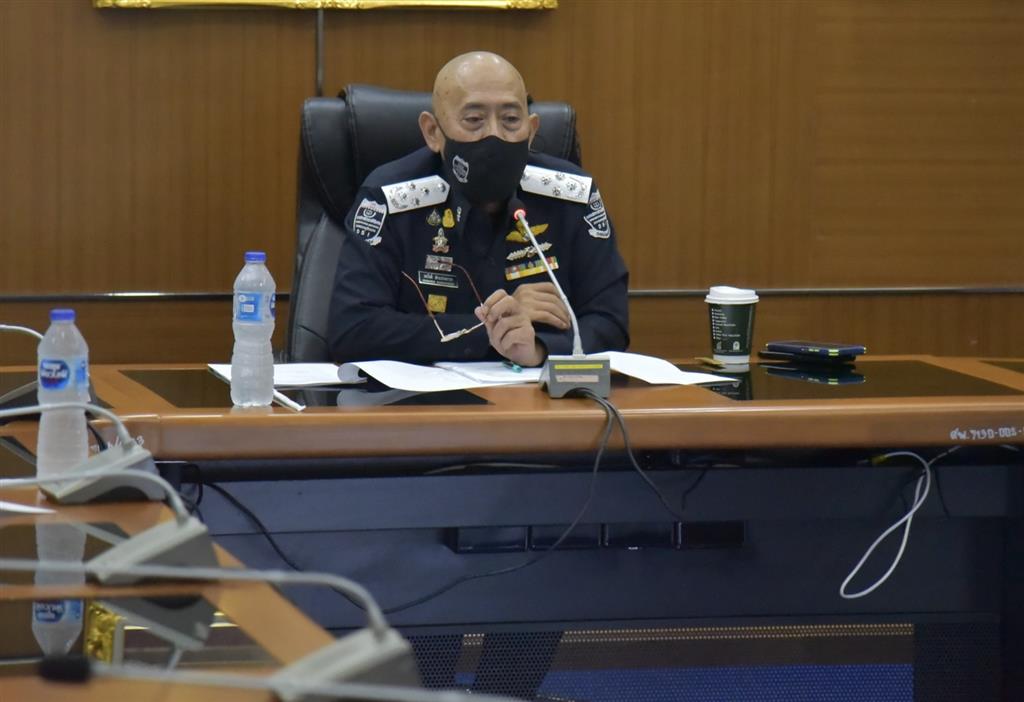 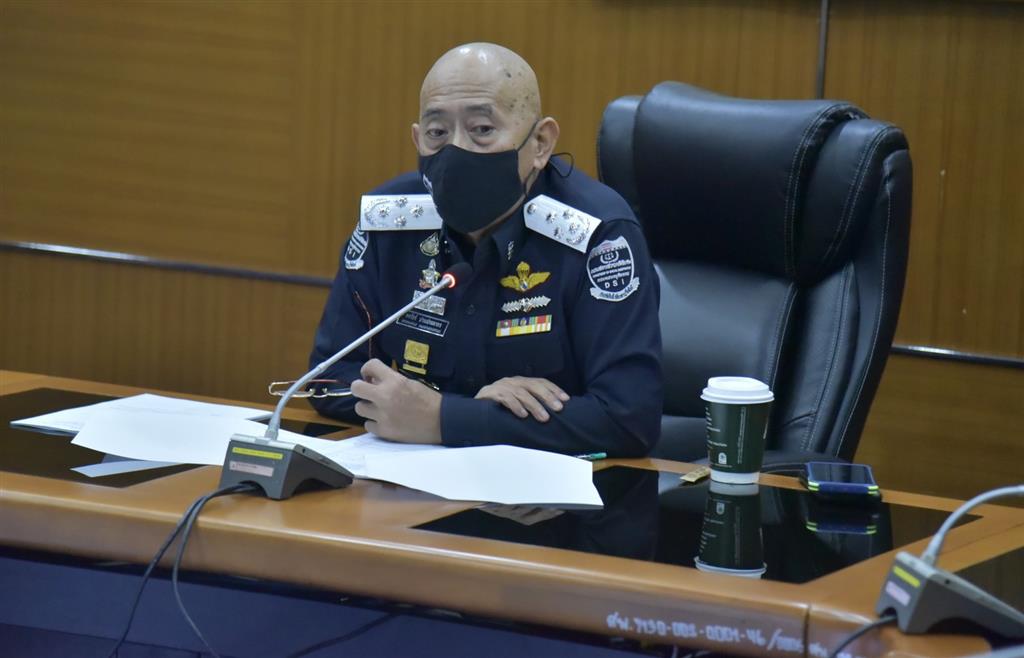 Pol.Lt.Col. Korrawat Panprapakorn announces that this meeting is organized to monitor the implementation assigned by the Subcommittee to related agencies from the end of 2020 to the beginning of 2021. The result of implementation to track 87 missing persons named on the list of the UN Working Group on Enforced or Involuntary Disappearance (UN WGEID) was reported to the meeting, covering disappearance from several incidents, such as the insurgency in three southern border provinces incident, the human rights defender case and the political rally in May 1992 incident, etc. The Subcommittee has reported the preliminary result of the said implementation to the representative of the United Nations through the Ministry of Foreign Affairs.

For the working of the Subcommittee, there were field visits to meet relatives of missing persons by representatives of the Office of the United Nations High Commissioner for Human Rights (OHCHR), related government agencies, the civil society organizations, and the local leaders for requesting and obtaining precise and complete information and dispelling concern of the relatives of the missing persons regarded as working with transparency and accountability. Moreover, the meeting received information from the Ministry of Foreign Affairs informing that the OHCHR officers working with the Subcommittee were satisfied with, and praised for the work of the government officials applying the guideline to work as consulted. This reflected not only determination but also transparency in working. Furthermore, the OHCHR had suggestions for efficiency in implementation which will be employed by the Subcommittee in its next field.

For the complaints requesting investigation by the Screening Subcommittee on Torture and Enforced Disappearance Cases Occurring Outside the Kingdom, it included the following 3 persons.

1. Mr. Siam Theerawut, the investigation case no.12/2564 (a person reportedly arrested in Vietnam and disappeared while being extradited to Thailand)

2. Mr. Wanchalearm Satsaksit, the investigation case no.13/2564 (a person reported disappeared while staying in Cambodia)

3. Mr. Surachai Sae Dan or Danwattananusorn, the investigation case no.45/2564 (a person reported disappeared while staying in Laos)

In addition, the Subcommittee has a resolution delegating duties to the DSI for taking actions under its authority and responsibility and for coordinating to request documents from agencies in Thailand and abroad for further consideration. 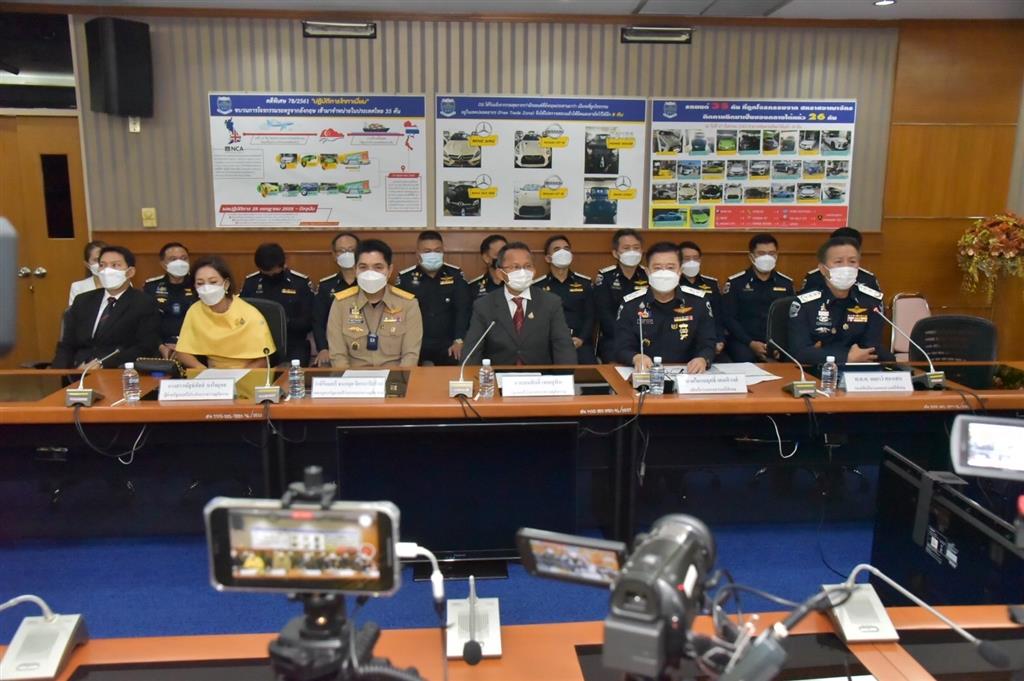 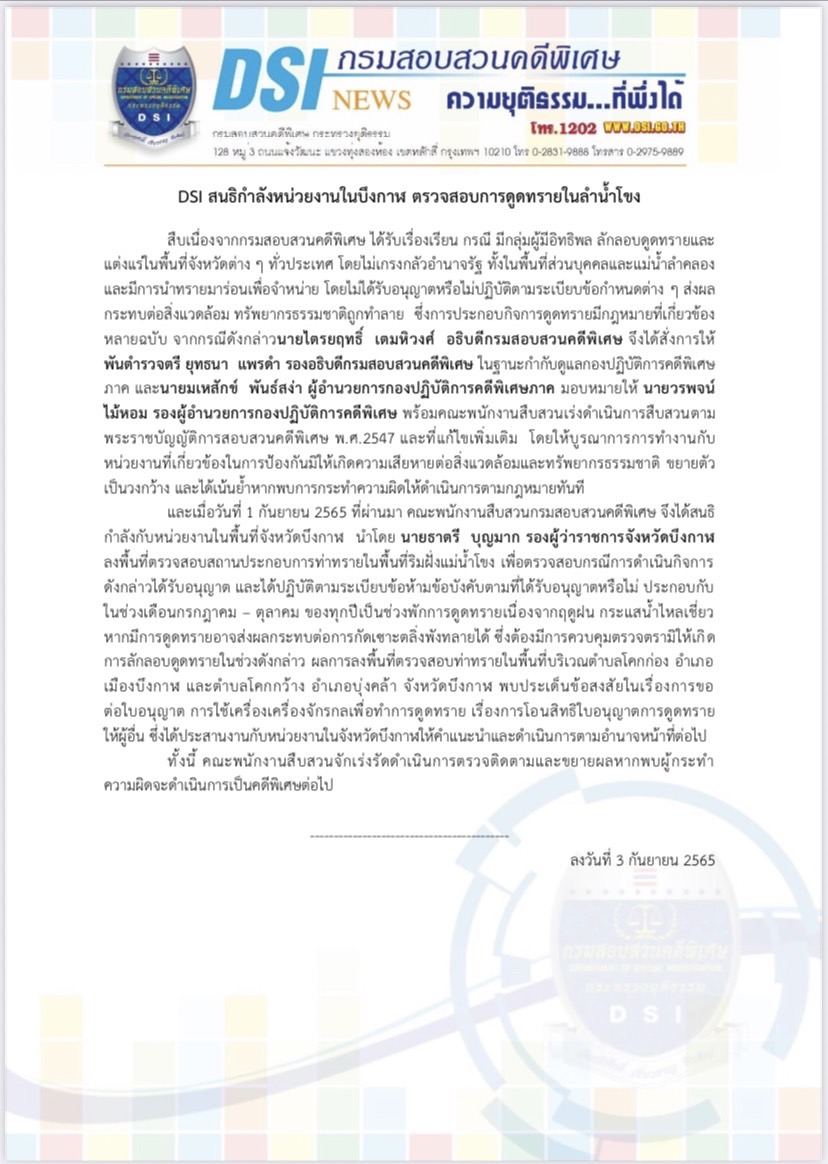 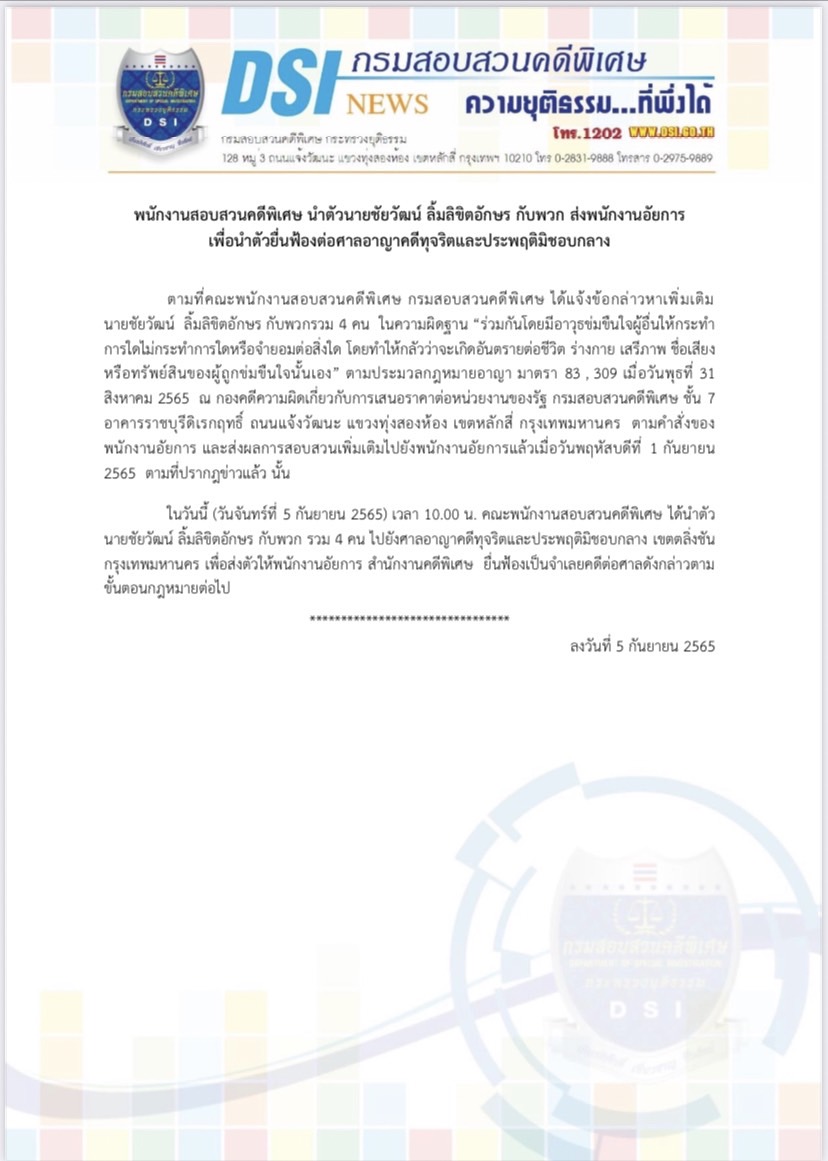 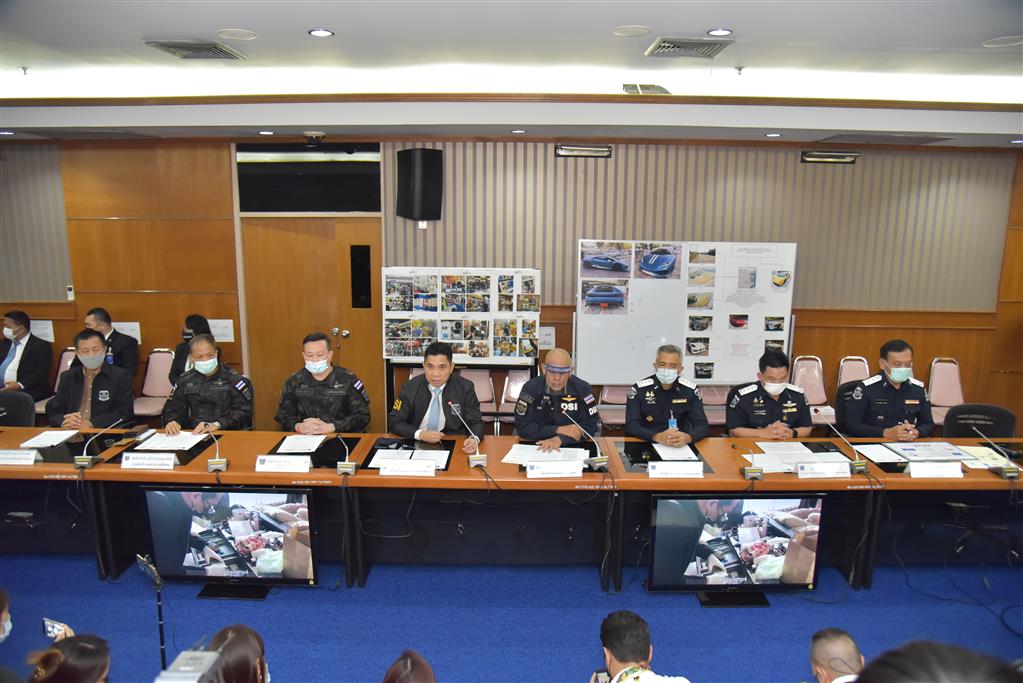