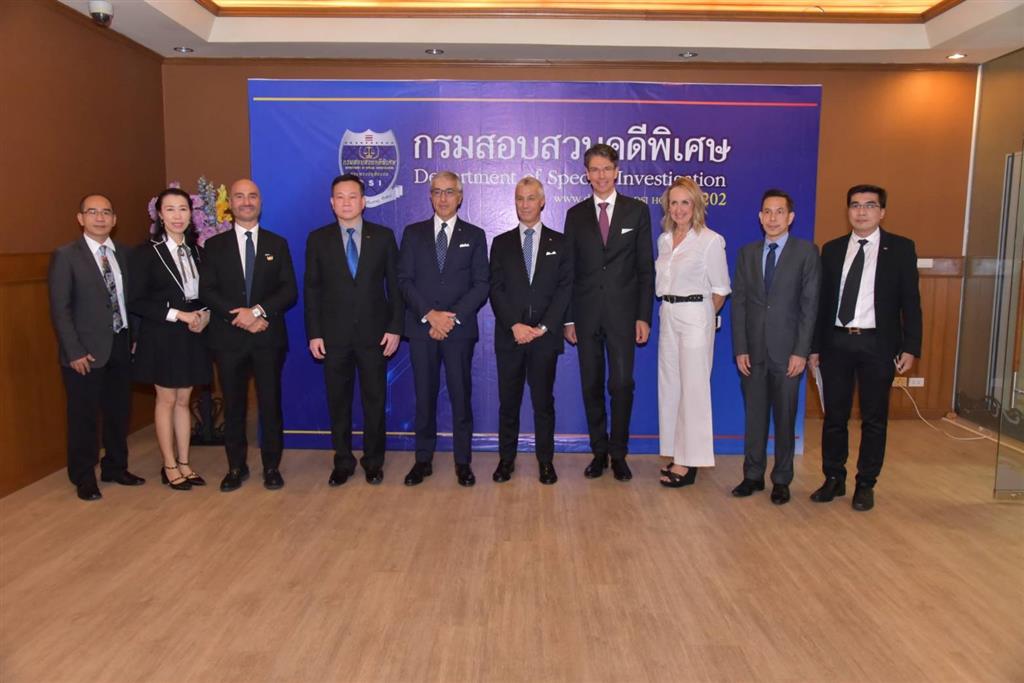 On Friday, November 29, 2019, at 11:00 a.m. Pol.Lt.Col.Prakorn Sucheevakun (a Deputy Director-General) and Pol.Col.Akarapol Punyopashtambha (the Director of Foreign Affairs and Transnational Crime Bureau) welcomed H.E.Mr.Lorenzo Galanti (the Ambassador of Italy to Thailand) accompanied by Perfect Vittorio Rizzi (the Deputy Director General of Public Security and the Director General of Criminal Police of the Ministry of Interior of Italy) and Dr.Andrea Vitalone (the Regional Police Attaché in charge of Southeast Asia and the Pacific) who visited the DSI. The meeting exchanged opinions about the past cooperation in controlling serious crime between the DSI and the Italian Criminal Police, for example, their joint investigations and operations against pirated goods affecting Italian businesses and smuggled luxury cars from Italy. The meeting also discussed their future cooperation against transnational crime engaged by Italian nationals, and the Memorandum of Understanding on Transnational Crime Control between the DSI and the Italian Criminal Police. 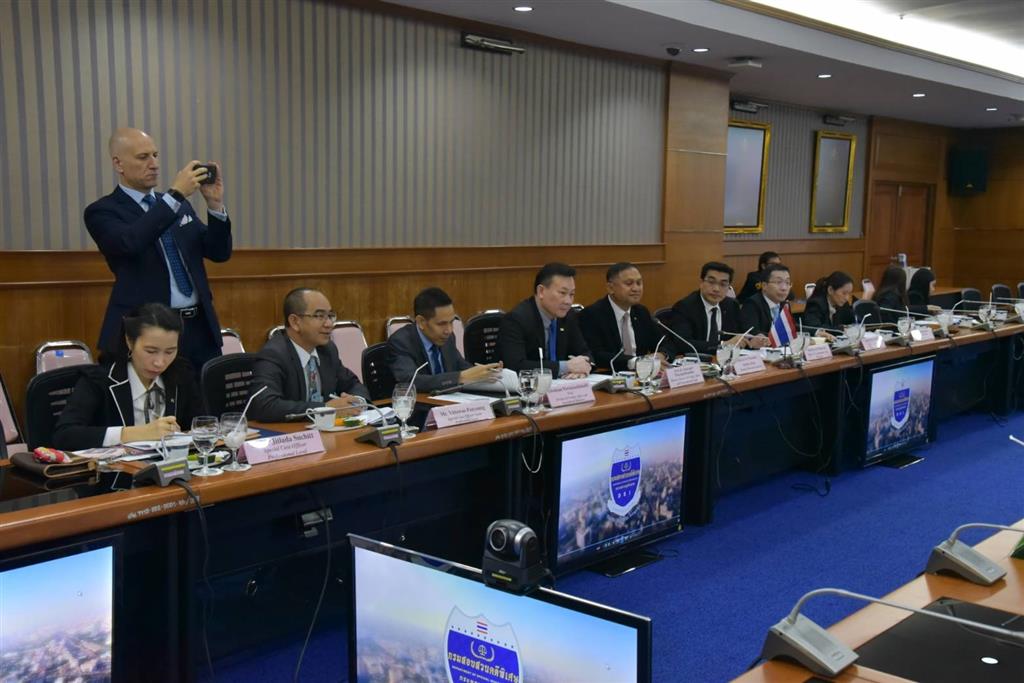 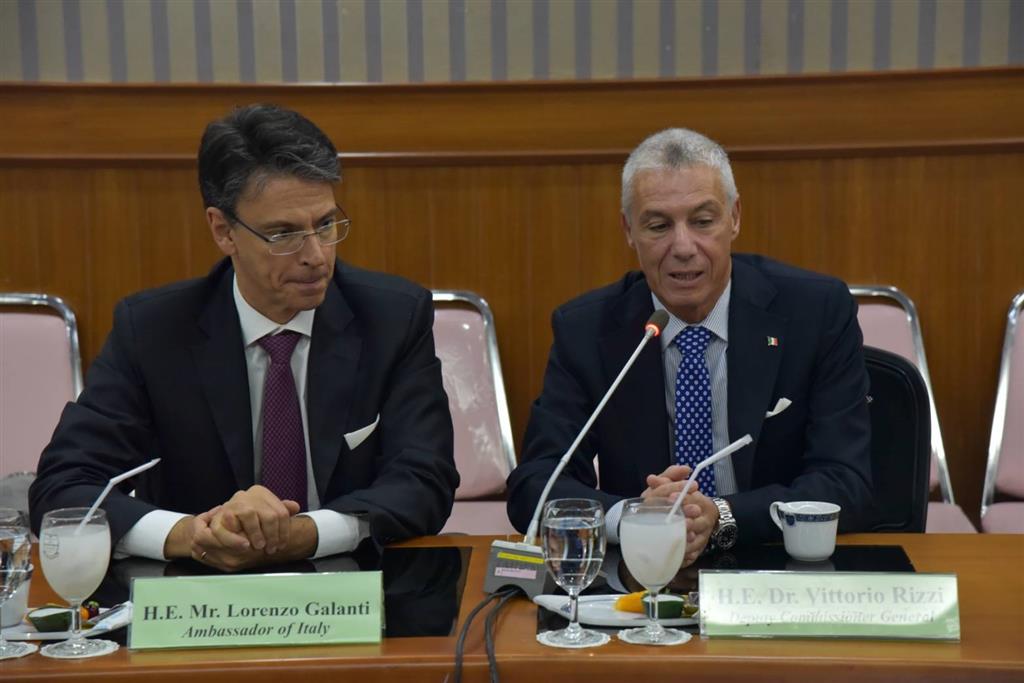 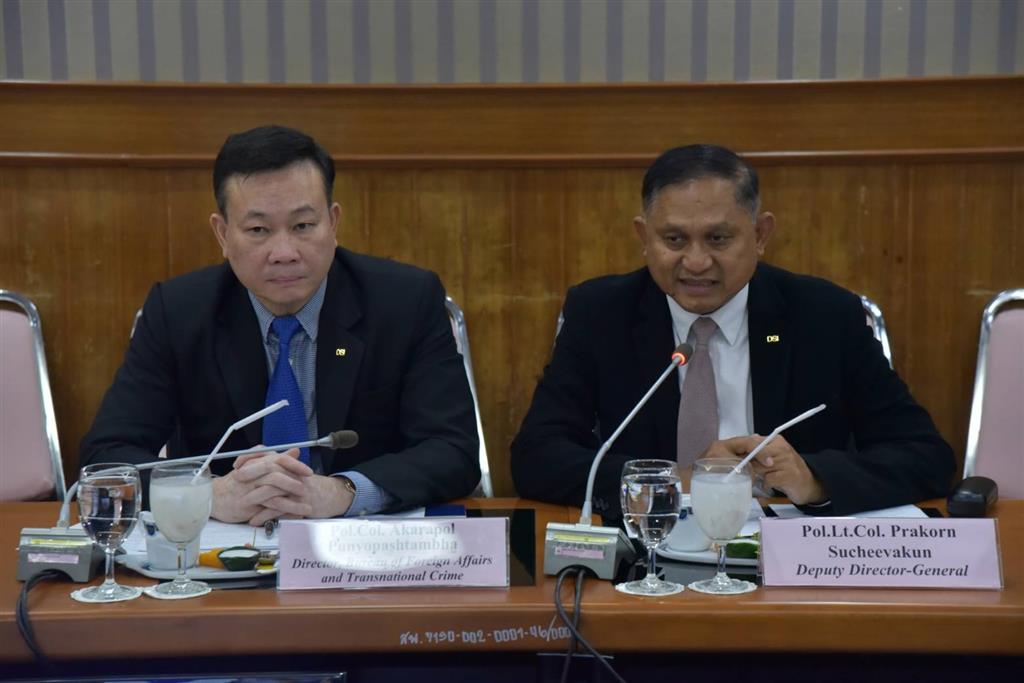 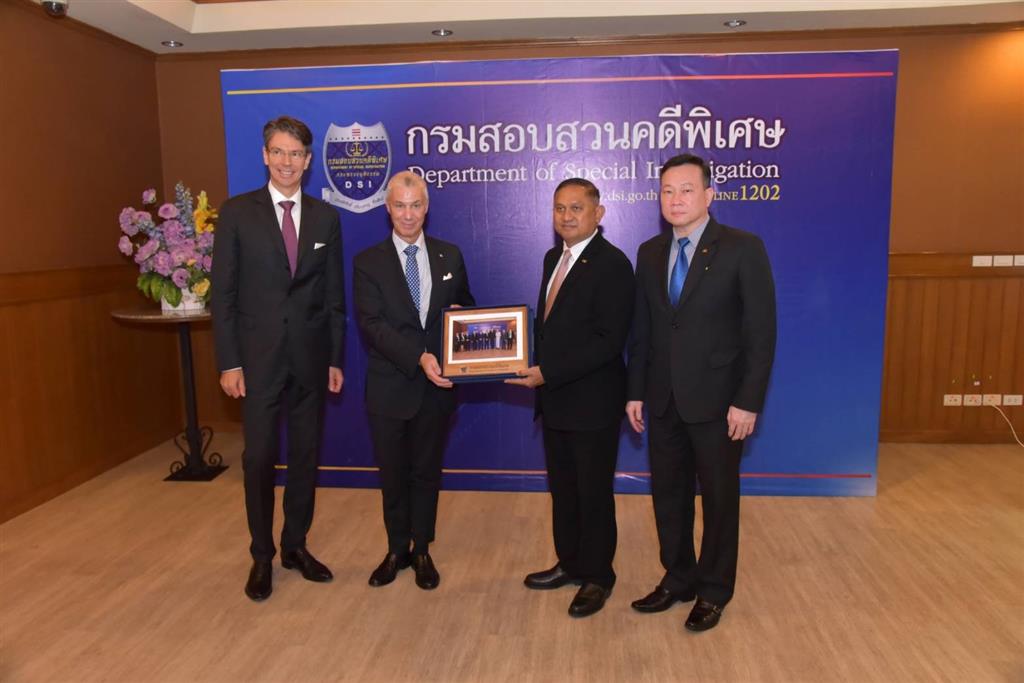 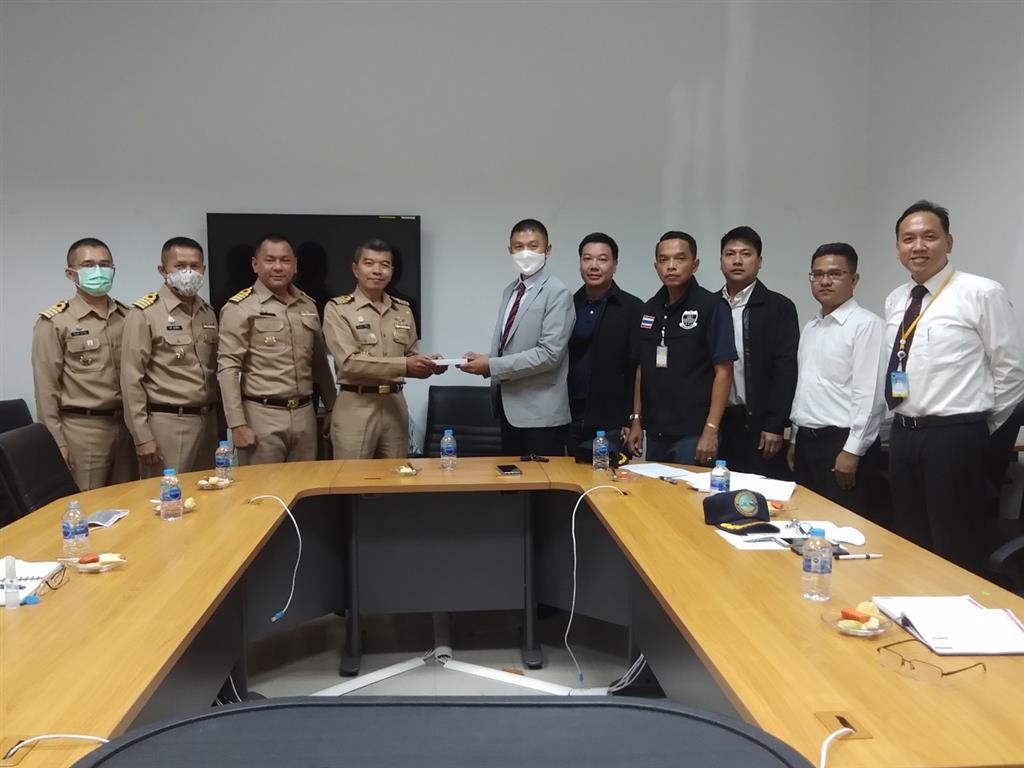 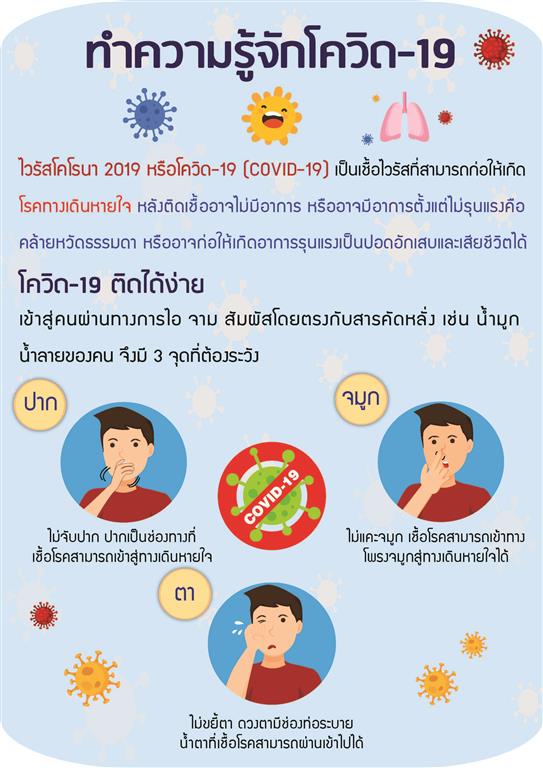 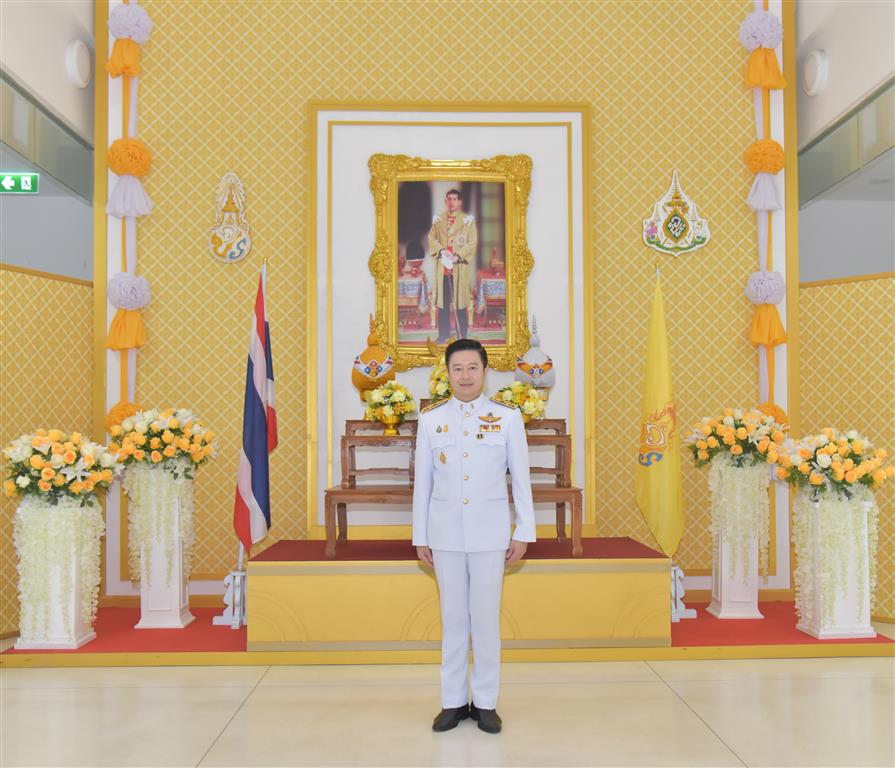 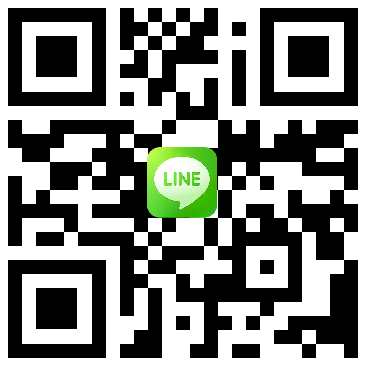